Employment and Environment Related Equilibrium as One of 17 Principles of Regional Economic Order Under the Maxims Democracy and Market Economy.

An Article in the Compendium of Market-Based Social-Ecological Economics

In view of the threatening extent of the devastations caused by the neoliberal economic doctrine, the turning towards compatible economic principles becomes almost existential. But only when these principles are combined to form a model of sustainable regional and global economic order, can the urgently needed economic policy measures be derived.

In the context given here, the term »regional« refers to largely homogeneous entities, currently primarily nation states and supranational political and economic areas (unions), that meet all the requirements for political sovereignty and economic autonomy and are therefore in a position to form a viable foundation for the prosperous coalescence of the world. Hereafter, these entities are mostly referred to as economic areas.

The European Union (EU) and, in particular, the euro zone existing within the EU, can serve as a cautionary example here. Both are supranational entities that have emerged from the political and economic self-interest of powerful players, and whose inhomogeneity and centralism have since unfolded great destructive potential (as a supplement see the article Demokratie und europäische Integration).

In the course of the historical economic development in Europe and the USA democracy and market economy have emerged as useful and reliable Maximes of Economic Order. Both maxims have, however, been distorted by the neoliberal indoctrination since the 1990s to such an extent that the »natural principles« inherent in them are hardly perceived by the citizens any more. It is therefore essential to return to these principles and to combine them into a model of a sustainable regional and global economic order. See also the article Market and Market Economy.

In contrast to the centralistic structures produced by modern Neoliberalism, the model presented here is based on decentralized structures, or, better still: on subsidiary structures. Only if the citizens in as many countries as possible are recognizing democracy and market economy in their interaction again as convincing maxims, can a culture of political co-determination and economic self-determination return to society, politics and the economy and work towards social and ecological justice. Embedded in subsidiary structures, the citizens bear full responsibility for their actions and well-being, so that they are always brought to shape the conditions in their immediate environment in exchange with each other and at the same time create the preconditions and the foundation for global exchange.

Social and ecological justice, by the way, arise from a multitude of economic mechanisms: For example, the terms Efficiency and Productivity as well as specialization, which are wrongly defined in the neoliberal context, are redefined in the sense of social justice and ecological sustainability and are no longer subject to the arbitrariness of »liberalized« (unregulated) markets, but to economic policy control. The market thus regains the freedom it deserves, which enables it under meaningful and uniform framework conditions, rules and standards to allocate economic resources efficiently and equitably like no other mechanism.

Thus, the price is able to perform its original function again as the central information medium and control element of market transactions of individual economic players, because under the conditions of social and ecological justice and productivity it reflects all internal and external costs. By allowing the players to be guided by truthful prices resulting from the interplay of supply and demand, economic resources move – as if steered by an »invisible hand« – to where they provide the greatest benefit to individuals and, at the same time, to society as a whole. As a supplement see the article Economic Pricing.

Subsidiary structures ensure that prosperity and welfare are no longer at the mercy of the imponderables of a worldwide production quantity achieved under oligarchic rule and high capital concentration, but result automatically from the domestic production structure. The production structure alone is decisive for local and regional economic diversity and consequently for the level of employment, the performance-related equal distribution in society and the preservation of natural resources.

Unlike domestic competition, international competition can not, by its very nature, be granted the freedoms of regulated domestic markets. It must rather be based on bilateral trade agreements given the completely different traditions, standards and resources in the world. In these agreements the exchange rate must be set as the crucial trading link, supplemented by autonomous tariffs and trade quotas to balance out the differences and to grant trade profits to both sides. The primary objective of these agreements must be to ensure that imported products with their characteristics and prices are integrated into domestic competition in the most stimulating but harmless way possible.

The separation into regional and global order thus results quite naturally from the principle difference between domestic and foreign trade. Besides, this explains why there can be no superordinate, all-dominant, self-regulating and self-stabilizing world economic order in a desirably diverse and democratic world. For more details see the article Future-Proof Foreign Trade.

Among politically sovereign and economically autonomous nation-states and economic areas, the global order is reduced to agreements of norms of conduct, especially regarding norms of international trade and cooperation. By applying these norms, economic subsidiarity can be extended beyond national borders and find its perfection at the global level in the form of projects of global interest and scale.

With domestic and cross-border subsidiarity the doctrinal practice of transferring economic powers from lower to higher levels (especially nonstate) is overcome, of which neoliberal protagonists claim it would bring about »more appropriate« and »more efficient« decisions. Along with overcoming this practice, the justification is removed for a World Trade Organization, which is entrusted by its current 164 member states as the guardian of the Grail of global cut-throat competition based on dumping prices in lead currency (i.e. US dollar or euro). This is an unprecedented event in economic history, especially because the condition for membership is the (voluntary) renunciation of national economic autonomy.

It should be noted that the demarcation of the specific functions of the various economic levels, i.e. the subsidiary structure of autonomous nation-states and economic areas both domestically and beyond their borders, is absolutely crucial for the future viability of economically autonomous entities and for the global economy as a whole: 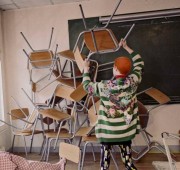 At the heart of progressive and sustainable economic policy is a high-priority policy of full employment and environmental protection. This policy is highlighted by four economic policy guidelines, which, summarized under the symbolic term »magic square«, include all target figures for controlling the overall economic equilibrium. In the sense of implementing the socialecological market economy called for in this compendium, the four guidelines form a »natural«, indissoluble entity:

ensures the continuous social and environmental optimization of economic structures; its success can be seen (1) in the extent to which supply and demand polypoles (large number of market participants) are geographically distributed and what impact they have on competition, (2) in the decentralized diversity of productions and job profiles, and consequently in the quantitative and structural congruence of supply and demand on the labor market, and (3) in the influence of decentralized responsibility on the sustainable use of natural resources.

is a synonym for social and ecological progress and refers to the qualitative development of society and the natural environment, which is essentially determined by the qualitative progress of economic processes and products. Qualitative growth is achieved through (1) dynamic subsidiarization and the decentralized responsibility it generates, (2) the targeted taxation of scarce resources, (3) the reuse of raw materials in cycles, and (4) the provision of services of general interest as a public good.

results under subsidiary domestic economic conditions from (1) the production of a large variety of unique specialities, (2) high technological standards, (3) high social and environmental standards, and (4) an attractive portfolio of intellectual property. The competitiveness of domestic products and standards, which in international trade unfold their effects on the basis of comparative, relative price advantages and absolute quality advantages, is determined in the course of regular, bilaterally agreed calculations of comparative advantages and evaluations of absolute advantages and – in terms of qualitative growth – ensured by targeted research and development programs and active participation in global free trade in intellectual property.

is established, on the basis of subsidiary domestic structures, through (multi-) bilaterally, mutually agreed autonomies on tariffs, trade quotas and capital flows, as well as through the management of foreign exchange flows in free trade in intellectual property.

Compliance with the individual target figures is monitored and controlled within the framework of national accounts and specifically on the basis of gross domestic product (GDP). In addition to quantitative indicators, monetarized qualitative indicators serve this purpose.

In short, the overall objective »full employment« is achieved by structuring productions (1) as decentralized and as diverse as possible, (2) with as much equally distributed participation of citizens, (3) with shares of the economic outturn distributed among citizens as fairly and equally as possible, (4) with as much domestic and international competition and (5) as much domestic and foreign knowledge as possible.

The overall objective »environmental protection« is achieved (1) by transferring responsibility for the preservation of the environment – based on the subsidiary economic structure – to the local population to the greatest extent possible, (2) by imposing high taxes or legal prohibitions on the export of environmental pollution, (3) by promoting energy- and raw material-efficient productions and products, (4) by taxing all inefficient productions and products, (5) by additionally taxing the use of scarce resources, (6) by promoting small-scale economic cycles, and (7) by progressively taxing transport volumes.

The practical implementation of subsidiary economic structures under the conditions of the neoliberal globalization as an entry into a post-neoliberal economic order is dealt with in the article Building Subsidiary Economic Structures.

Note on the COVID-19 Pandemic

The pandemic has noticeably revealed the significant weaknesses of the neoliberal economic system for everyone, above all the shortage of medical, but also other products, caused by disruptions in the absurdly networked value and supply chains across the globe.

The analyses of the neoliberal system as well as the principles and practical procedures based on them for building a sustainable system, which are presented in this compendium, thereby obtain an unexpected topicality. Now is the time to seize the opportunity and build up economic policy pressure to enforce the development of an economic order that is sustainably oriented towards social and ecological welfare.